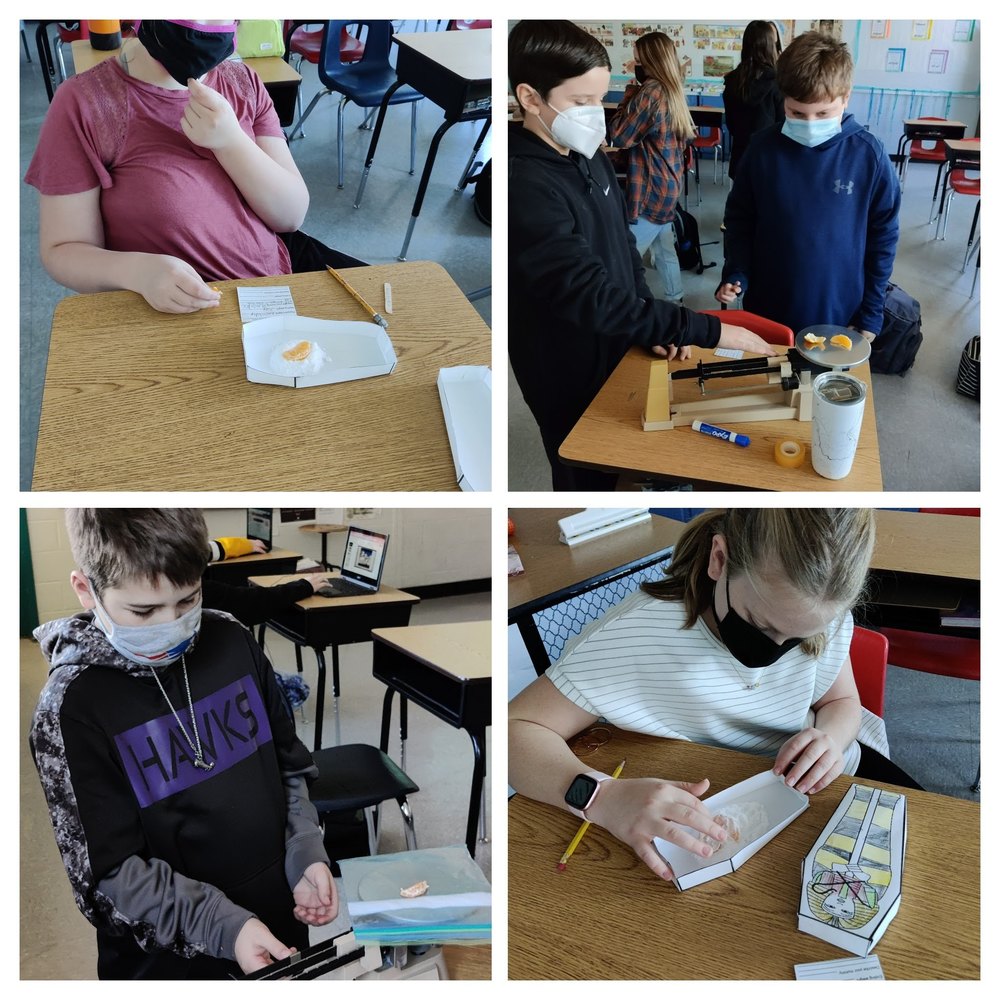 Mummies are the preserved remains of dead people and animals. Mummies have been found all over the world but it is the Ancient Egyptians who are most famous for their mummies, and their preparation of the dead for the afterlife.

The sixth-grade students are trying out the process of mummification in their Social Studies classes. Take a look at how students are taking a slice of orange through the mummification process. Students began by designing a paper sarcophagus to house the mummy. Each student started with a segment of orange and a piece of rind. Each student places their orange in "natron" a salt and baking soda mix, then place their orange mummy in the custom-designed sarcophagus entombed in a cabinet. Sixth graders will uncover their mummy as they wrap up the unit on ancient Egypt in a few weeks.